I alternate between the three and I combine them. Sometimes I wear the three of them together. They share similarities. The long build-up of a theatre production from writing and composing to early rehearsals to opening night, is like the process of building from design to foundation to completion, or like a song, from the gem of an idea to its performance and recording.

I’ve had these three creative strands running together for most of my life. My childhood was filled with animal menageries and zoos, with highland dancing and trips to the Tivoli for musicals, with devising puppet shows and drumming in Highland pipe bands, and later playing bass in rock bands and learning other instruments and styles. Now I’m a theatre professional and write and direct musicals for community productions.

I enjoy a good surprise, in music, in theatre and in architecture. I enjoy the element of unpredictability in art, the risk taking, the intuitive, that which is unexpected. It might be dramatic, it might express a sense of humour, it might be playful. It might mimic nature or be symbolic. It might need the sameness that it breaks, for its very effect. It might be there purely for its beauty. 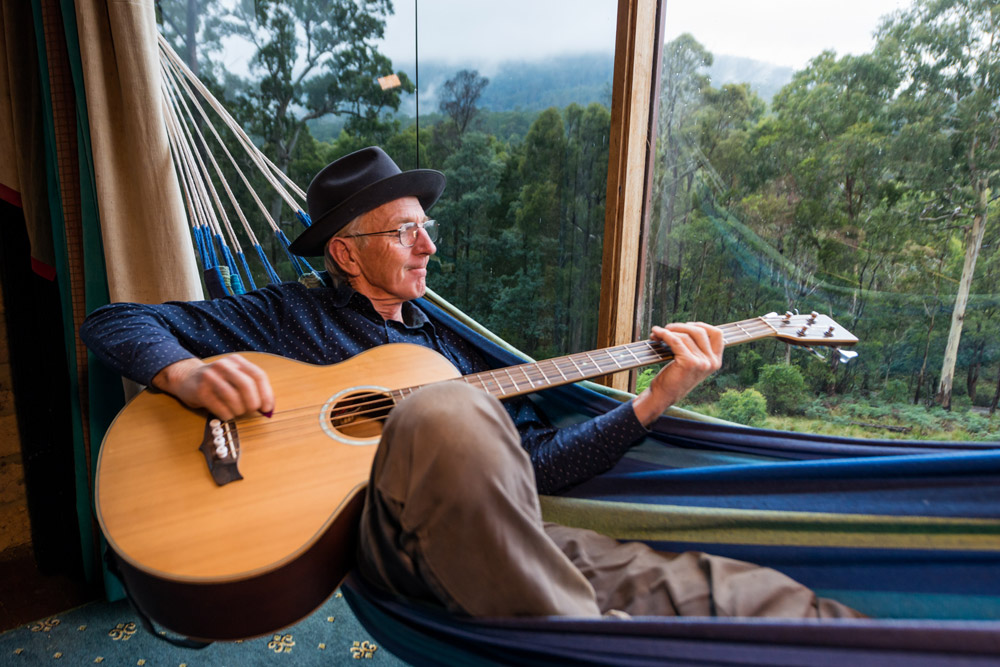 I figure human animals have the same needs in housing. They want to feel secure, but they don’t want to feel trapped or hemmed in. Ideally the location of the structure, its design and the materials used would be chosen according to the taste or aesthetic sense of its occupants and satisfy their needs for security, privacy, view, openess, warmth, self expression, belonging.

Of the three hats that I wear, the builder gets the most enduring reward.

My buildings continue to endure and continue to give me enjoyment. I enjoy a surprise and I know others do too.

I’ve always had the building of structures in my life. My Dad made all the bricks for our first family home. My family always lived on the outskirts of country towns in Victoria (Port Fairy, Portland, Colac) where the built environment gave way to paddocks and the bush. Freedom and open spaces to run wild. It was cubby houses and tree houses and puppet theatres. Building was part of my ‘play’ and it still is. The menagerie of reptiles, mammals and birds that I kept in the backyard demonstrated many attempts to house native animals in surroundings where they might feel ‘at home’. I wanted to keep them wild. The placement of a hollow log, branches placed to break the symmetry of rectangles, creating hiding places and using glass to trap the heat of the sun and bring the outside in. These things softened captivity and made it more bearable. I built homes for animals. Now I build cages for humans!

When I was twenty, in 1974, I came to Tasmania during holidays from Latrobe Uni where I was studying literature and music. I didn’t want to go back. Tasmania was where I wanted to be. The following year I bought land in Jackeys Marsh, a place of incredible beauty near Deloraine. I paid eighty dollars per acre for a seventeen acre lot of hilly bushland and put my roots down. ‘Nut Garden’ has been my playground for forty one years now and my architecture has accumulated and developed into a showcase of my ideas and skills. I take risks at home and learn techniques that I can use in other people’s structures.
It’s when a building is sympathetic to its environment and draws inspiration from its environment that ‘art’ comes back into architecture. The mimicry of natural forms and shapes draws the eye. The round window in the square wall creates movement and is like an eye to the outside. With curves there is grace and movement. I find them sensuous. They catch our attention and lead our eyes to other features of the building.

The constraints of labour costs today make building for expression and uniqueness somewhat of a luxury – although owner builders don’t suffer this expense. Special design and difficulty factors prolong the job, but I think the lasting effect is worth it. I work with stone and wood and glass. I bend wood into curves. I make unusual windows and doors. I build features, glass domes, onion top cupolas, bay windows and spiral staircases. 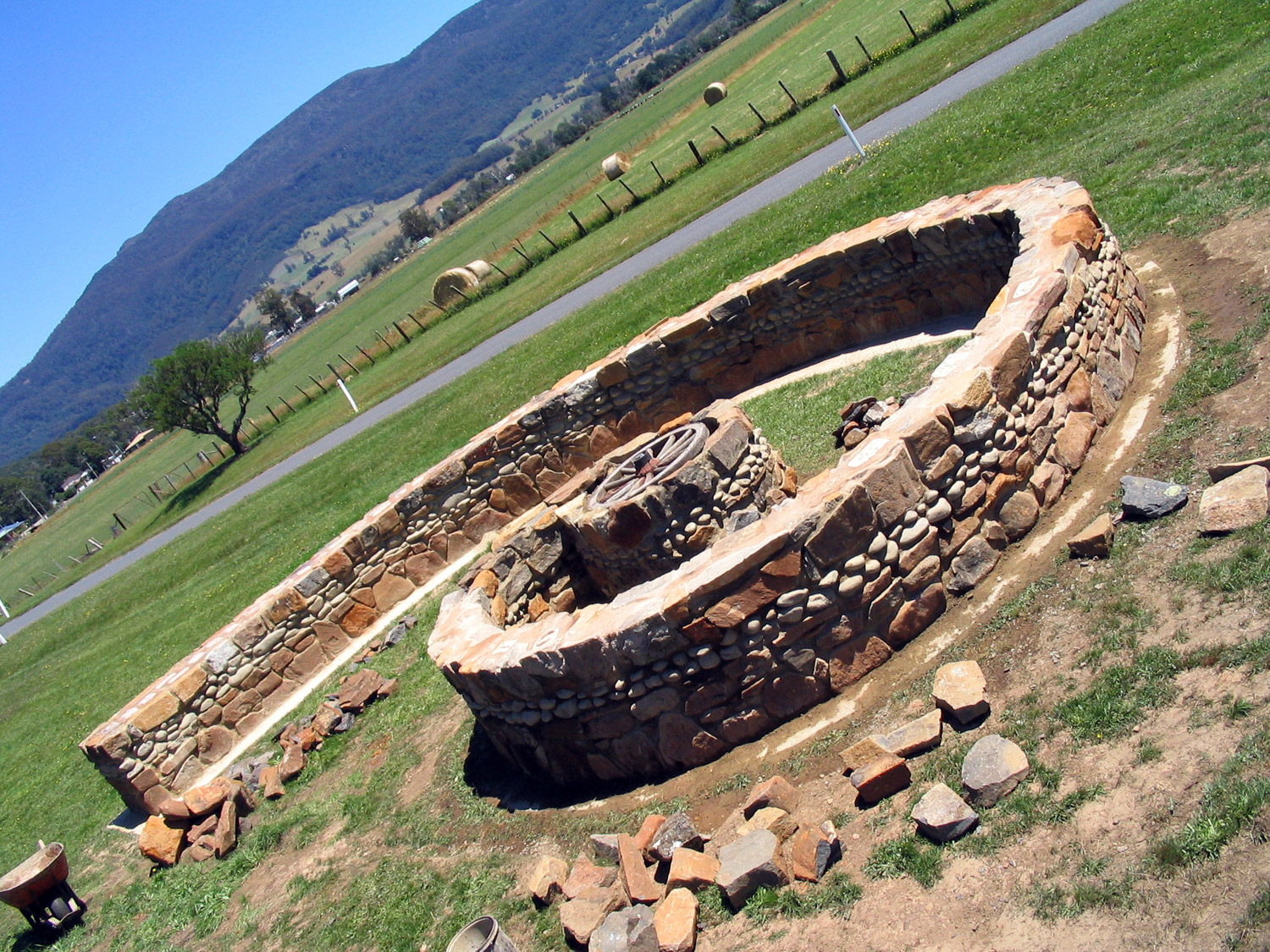